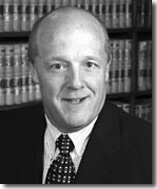 A very accomplished, yet modest man of integrity passed away unexpectedly on March 4, 2022 and will be greatly missed.

Philip Craig Storti was born in San Francisco in 1946 as the only child to Peter and Ada Marie (Ripley) Storti. Peter, an immigrant from Italy, passed away when Craig was only 8, so Craig and his mom relocated to Buhl, ID to be near extended family and where she served as a schoolteacher. Craig excelled academically, athletically and socially through the Buhl public school system. He graduated as Valedictorian from Buhl H.S. and, among various other clubs and activities, starred as quarterback for the football team, point guard for the basketball team and led the Indians golf team.

Craig attended the University of Idaho, earning a degree in Economics. At U of I, Craig was a proud member of the Phi Gamma Delta fraternity, through which he developed many valuable and lifelong friendships within the Fiji House and beyond. He then enrolled in law school at Hastings College of Law in San Francisco, earning his law degree at the top of his class in 1971. Upon graduation, Craig served as a law clerk to Idaho Supreme Court Justice Robert Bakes.

In what he rightfully considered to be one of his greatest achievements, Craig married the love of his life Tanya Hepworth in 1972. During college they rekindled a high school friendship into a romance and partnership that lasted and deepened for the next 40+ years.

In 1972, after passing the California and Idaho Bar Exams, Craig entered the United States Marine Corps and served as a Captain in the Judge Advocate General Corps. While serving, he and Tanya (along with Clarence, their first basset hound) spent time in Quantico, VA and then Camp Pendleton in Oceanside, CA. During those years the young Storti family had many adventures and established important friendships.

In 1975, Craig, Tanya and Clarence returned to Boise, where Craig was employed with Idaho’s oldest and largest law firm, Hawley Troxell Ennis & Hawley. Craig loyally and proudly served the firm for nearly 40 years, first as an associate attorney, then partner and then Managing Partner. Craig developed a stellar reputation as a tough, but fair, trial attorney, ultimately specializing in construction claims litigation. He was invited to be a Fellow in the American College of Trial Lawyers and was also a Member in the American College of Construction Lawyers, among various other professional organizations. His cases involved widespread travel both domestically and abroad, including large cases in Sweden, Germany and Egypt.

In 2004, he left private practice to serve as an in-house lawyer and Vice President of Litigation and Claims for Washington Group International, Inc. (formerly known as Morrison-Knudsen and later known as URS Corporation) until his retirement in 2015. He also put his expertise and experience to work as a private arbitrator and mediator helping parties resolve their disputes, and served on the American Arbitration Association’s Construction Panel and on various dispute review boards including for the Idaho Transportation Department.

Craig was also an active contributor to the Boise community, including roles on committees and the Board of the Boise Family YMCA. For decades Craig could be found playing basketball during the lunch hour at the Downtown Y, and earned a coveted photo on the “Noon Ball” Wall of Fame. His trademark sweeping left-handed hook shot tallied plenty of points, but he more deeply valued the competition and comradery with the other players, who came from all walks of life.

Despite his busy and impressive professional career, Craig’s highest priority was his family. He and Tanya raised three sons, always putting the kids’ interests first. Craig was a dedicated father, almost never missing a game or tournament, and coaching countless sports teams for all three boys, including many consecutive years in the Boise YMCA youth basketball league. The famous Craig Storti basketball playbook became well known, including the once secret “fist” play that was designed to let players of all skill levels go one-on-one. Craig was especially proud that all three boys were honored with the Top Ten Seniors Award from Capital High School.

Always a pet lover, Craig enjoyed a string of family pets over the years many of whom were named after characters from the sitcom Cheers, including 2 more basset hounds, several cats, and a black lab named Sam (who was later memorialized in a life-sized photo hung in his house).
The family enjoyed wonderful vacations over the years, many with Craig behind the wheel of the notorious blue van. A highlight was a trip to Boston to watch the beloved Celtics play in the old Boston Garden. When the boys reached adulthood, the family remained close and continued with regular family adventures, including a golf trip to Scotland, a trip to the 2016 Masters Tournament in Augusta, GA and many trips to family favorite destinations of McCall, New Orleans and San Francisco.

Craig is preceded in death by his soul mate Tanya, whose long struggle with cancer ended in 2013. Both before and after her death, Craig received a great deal of support and companionship not only from his family (and especially his youngest son Jeff), but also from his many friends in Boise and beyond. In recent years, he especially enjoyed visiting with friends at Hillcrest Country Club (where he has been a member since 1975), staying connected with old friends from Buhl, and attending a weekly gathering of “Old Fiji Fellows” where many war stories were exaggerated over drinks and new memories created.

Craig is survived by his three sons and their families: Tyler and Natalie Storti (of Portland, OR), Jack Storti and Megan Weber Storti (of Boulder, CO), Jeff and Jenni Storti (of Boise, ID), three grandsons (Beckett, Leo and Davis), countless friends and former colleagues, and a number of loyal caregivers.

In lieu of flowers, the family suggests making a donation in his honor to either the Boise Family YMCA or to the non-profit animal rescue organization run by Craig’s daughter-in-law Underdogs Animal Rescue (underdogsrescue.org).