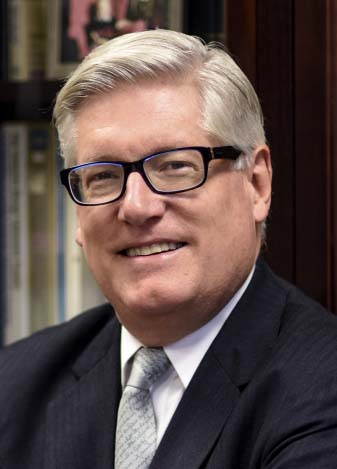 Thomas Stipanowich holds the William Webster Chair in Dispute Resolution as a Professor of Law at Pepperdine University, Los Angeles. He has long experience as an arbitrator, mediator and special master, emphasizing construction and commercial cases, and is now a neutral with JAMS.

For fourteen years he co-led the Straus Institute for Dispute Resolution, during which the program was ranked first among academic dispute resolution programs by U.S. News & World Report for more than a decade.  A prolific author, his works have been cited by the U.S. Supreme Court among many other courts. He co-authored the award-winning five-volume Federal Arbitration Law and was editor-in-chief of Commercial Arbitration at Its Best.  He is co-author of Resolving Disputes: Theory, Law and Practice (Wolters/Kluwer), a text and materials including practical exercises and videos soon to be in its 4th edition.  From 2001-2006 he was CEO of the International Institute for Conflict Prevention & Resolution (CPR). He played an important role in many major initiatives (Revised Uniform Arbitration Act, Uniform Mediation Act, Consumer Due Process Protocol, Global Disputes Research Center, Securities Industry Conference on Arbitration, International Task Force on Mixed Mode Dispute Resolution) and was a founder of the College of Commercial Arbitrators, later spearheading its Protocols on Expeditious, Cost-Effective Commercial Arbitration.

Stipanowich received the D’Alemberte/Raven Award, the ABA Dispute Resolution Section’s highest honor, and CPR’s James F. Henry Award for career contributions. In 2018 he was named a Global Distinguished Faculty Affiliate of Peking University School of Law, and is the only non-Indian named a Distinguished Professor of Law of National Law University Delhi.

Bar Associations and Other Affiliations

Speeches, Panel Discussions, and Seminars (since 2006)