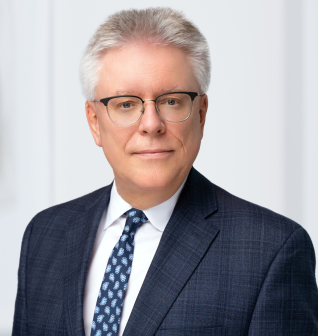 Bruce Reynolds, FCIArb, is co-chair of the International Construction Projects Group and a partner in the Construction Group of the Toronto office of Singleton Urquhart Reynolds Vogel LLP. He focuses his practice on the contentious and non-contentious aspects of construction, insurance, and surety law, as well as on international arbitration, in respect of which he acts both as counsel and arbitrator. He is a co-author of Scott and Reynolds on Surety Bonds (Carswell); co-author of Construction, Builders and Mechanics’ Liens in Canada, seventh edition (Carswell); and a co-author of A Guide to Canadian Construction Insurance Law (Carswell). He is currently acting as Counsel to the Ontario government to conduct a review of the Construction Lien Act, and is conducting a Prompt Payment Review in respect of federal construction for the Government of Canada.

He is listed in Chambers Global (Band 1, construction law), Canadian Who’s Who, Best Lawyers in Canada, and the Lexpert/American Lawyer Guide to the Leading 500 Lawyers in Canada. He is also listed in Martindale-Hubbell as AV Preeminent. He has been recognized as global construction lawyer of the year. In 2017, Mr. Reynolds was the recipient of the Benchmark Canada Construction Litigator of the Year Award. He was most recently recognized as one of the Top 25 Most Influential Lawyers in Canada by Canadian Lawyer Magazine: “Bruce is a meticulous, professional and absolutely innovative individual.”