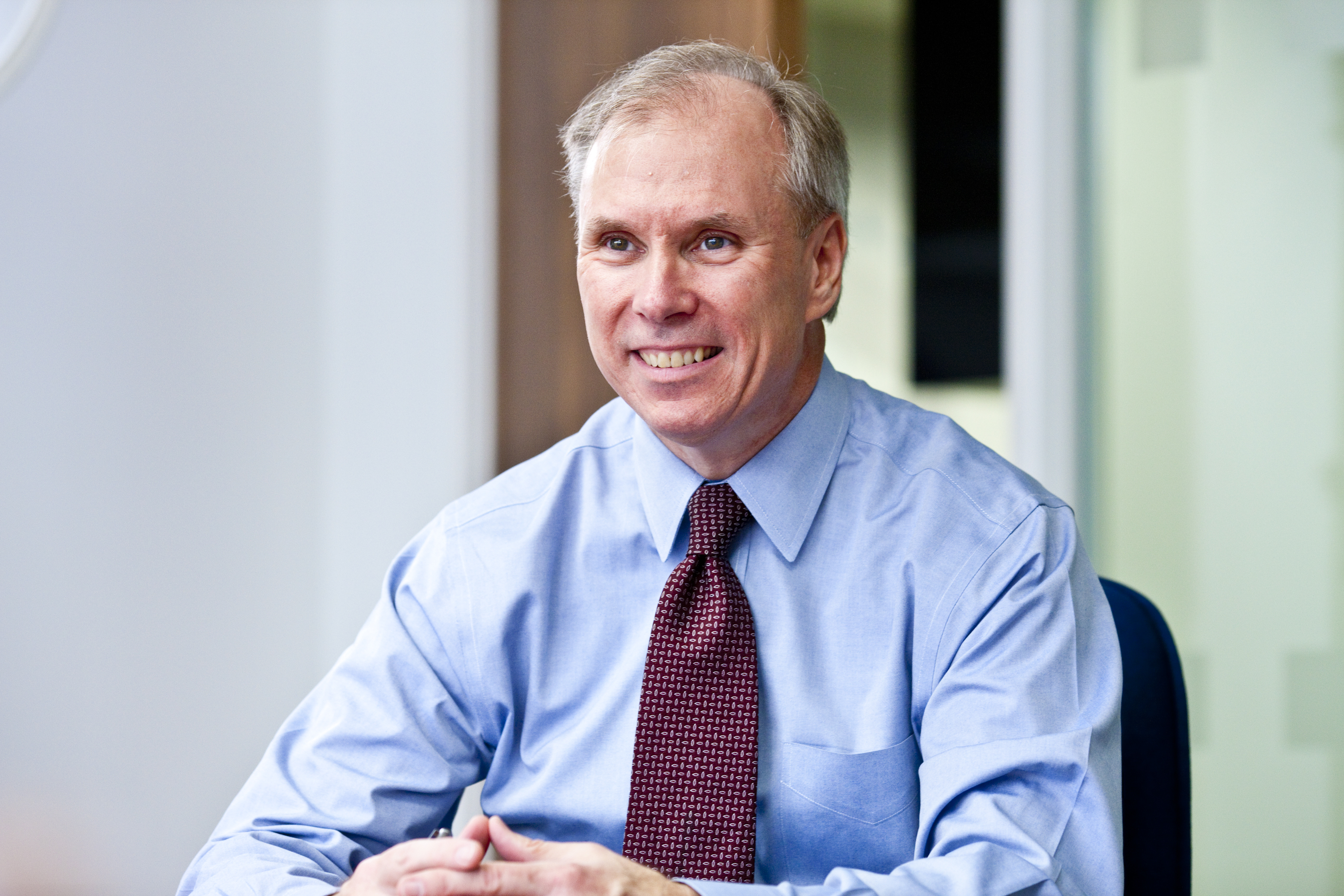 The Pierson Advisory Group was founded by George J. Pierson to advise and assist Corporate Boards and senior executives in overcoming intractable issues.

Many organizations face one or more intractable issues that impede their strategic development. Often these issues are complex and multidimensional requiring the application of diverse skills. This is where The Pierson Advisory group adds value, turning intractable issues into strategic success.

Kleinfelder is a multinational firm providing engineering, environmental and construction services to clients in the energy, facilities, government, transportation, and water markets. Founded in 1961, Kleinfelder has 1,800 employees in the U.S., Canada, and Australia.

Upon assuming the CEO role, I quickly established a new senior leadership team consisting of new and existing talent. Together, we strategized to refresh company priorities and reorganized the company. Key achievements include:
▪️ Reorganization to create significant efficiencies
▪️ Transformed company from an activity based to a performance based culture
▪️ Developed performance-based principles centered around ARA—the alignment of Authority, Responsibility, and Accountability
▪️ Significantly reduced debt, leading the company back from workout status with lenders
▪️ Dramatically increased the stock price—from $21.71 per share to $98 per share in 27 months
▪️ Positioned firm for a majority investment by private equity firm, approved by 99% of employee shareholders
▪️ Developed structure to retain 20% employee ownership

Traded on the FTSE, Petrofac is a leading international service provider to the oil and gas production and processing industry, helping clients unlock the full value of their energy assets. Serving as Chair of the Petrofac Board of Directors’ Compliance and Ethics Committee, as well as member of the Audit and Nominations Committee.

▪️ WSP (November 2014–August 2016): WSP is a global provider of engineering services with 50,000 employees traded on the Toronto Stock Exchange. Prior to becoming a non-executive director, I served in progressively responsible roles up to CEO at Parsons Brinckerhoff, which was acquired by WSP in 2014.
▪️ Terracon (January 2016–August 2016): U.S.-based Terracon currently has 4,500 employees in more than 150 offices providing consulting engineering services throughout the U.S. and via partnerships with companies abroad. The 100% employee-owned company has been in business since 1965.
▪️ RailWorks Corporation (January 2016–August 2016): Founded in 1998, RailWorks Corporation is Private Equity owned leading provider of track, transit, and rail system services in the U.S. and Canada. The firm comprises PNR RailWorks, L.K. Comstock, and NARSTCO, serving industrial clients and commuter light rail systems.

President and Chief Operating Officer, Americas (1/2008-12/2009) – Responsible for oversight of 5,000 employees active on hundreds of transportation, power, and other infrastructure projects in North and South America. Took over an organization rocked by the Central Artery/Tunnel (“Big Dig”) crisis and in disarray due to a failed reorganization.

▪️ Refocused organization on core strengths of technical excellence and client service
▪️ Created greater focus on risk management
▪️ As member of firm’s Board of Directors, and with the Board, determined that strategic sale of the company was in best interest of employee shareholders

Senior Vice President, Secretary and General Counsel (2/2006-12/2007)  – Immediate focus was on the resolution of the firm’s role in the Central Artery/Tunnel project (the “Big Dig”). In the summer of 2006, a ceiling panel in one of the tunnels of the Big Dig collapsed, injuring a motor vehicle driver and killing his passenger. That tragic event launched Parsons Brinckerhoff and its employee shareholders into a crisis of survival.

▪️ Led team of inside and outside experts in crisis response
▪️Negotiated a global resolution of all issues with the City of Boston, the Commonwealth of Massachusetts, and the Federal Government, thus staving off bankruptcy for Parsons Brinckerhoff.
▪️ Led defense of $100 million of claims related to the St Louis Metro system resulting in a complete defense verdict after a 100-day jury trial
▪️ Led all legal, risk and insurance functions of the firm

Partner and Director of International Construction Practice Group – I established and led the International Practice Group of Peckar & Abramson, one of the most prominent construction law firms in the United States. I represented clients in engineering and construction related contracts, as well as provided full-service claims and litigation representation to such diverse clients as the Government of Turkey and US Airways.

Executive Vice President/Legal Director (4/1998-2/2002) – I led the legal and risk department for a 9,000-person global engineering, construction, and technology firm.

The OPAL awards recognize and honor outstanding civil engineering leaders whose lifetime accomplishments and achievements have made significant differences in one of five categories: construction, design, education, government, and management. I was honored to receive this award for management and aim to live up to its standards every day.

The construction industry is full of excellent leadership, but the public rarely sees it in action—even if it ultimately benefits from better roads, buildings and other facilities. ENR’s annual Top 25 Newsmakers program recognizes outstanding achievements. For a half-century now, ENR has named the top industry professionals who have made a difference for their industry and the public during the preceding year. There are no nomination forms or application fees. The editors review the news and select leaders who stand out.

The award is given annually to the leader of an engineering/consulting firm that, in EFCG’s judgment, deserves recognition for effectiveness over a number of years in preservation and creation of value for his or her firm.

The New York Building Congress, a broad based membership association celebrating its 93rd year, is committed to promoting the growth and success of the construction industry in New York City and its environs.

This award is given annually to an alumni student athlete as recognition of success in their chosen profession.

The Good Scout Award recognizes business leaders who demonstrate outstanding community service. Given by the Boy Scouts of New York

This award is given annually to recognize members of the Bucknell University College of Engineering’s alumni community who have distinguished themselves through extraordinary commitment to the College and the University, exemplary professional achievement, or noteworthy contributions to society. I was recognized for my leadership in establishing the school’s Engineering Success Alliance, which assists promising students from under-resourced high schools with mentoring and tutoring to tackle the demands of an engineering education.

I am a seasoned executive and turnaround specialist providing CEOs and boards with strategic consulting to take your company to the next level and beyond.

As CEO of Parsons Brinckerhoff, then Kleinfelder, I’ve worked to improve organizational efficiency and profitability, resolve complex litigation, avoid bankruptcy, solve capital problems, and build highly effective executive teams – all resulting in an increase of shareholder value of over $1.5 billion.

My greatest strength is in solving problems that appear intractable, providing you with objective advice that protects your employees as well as the future strength and profitability of your company.

I’ve served as a non-executive Board member of numerous companies in the infrastructure industry and sat on numerous Board Committees, including Audit, Nominations and Compliance and Ethics, which I Chair for Petrofac. Following my tenure as CEO of Kleinfelder, I’m now the Executive Chairman of the Board.

A frequent speaker on issues facing the infrastructure industry, George Pierson has spoken at The Infrastructure Investment Summit hosted by the US Secretary of the Treasury, the Chief Executive Group Roundtable, the Design Professionals Coalition, the ACEC, the CMAA, the ACCL, the EFCG CEO conference, the Farkus-Berkowitz CEO Forum, and has appeared on BNN (Canada) and CNN.

George has been admitted to the bar in California, Pennsylvania, New York and New Jersey.

In addition, George holds a PE license in the State of California.

Located in Chester County for over 35 years, Woodlynde School has been the Philadelphia region’s leading co-ed college prep school for students in grades K-12 who learn differently from their peers. While many may have a diagnosed “learning disability,” at Woodlynde, we don’t see our students as disabled. Quite the contrary. Our intelligent and talented students are as “able” as any other student to excel in the classroom. They simply need the opportunity and guidance to develop clear understandings of their learning differences, acquire the learning strategies they can use to be successful, and evolve into confident young adults and self-advocates who are ready to embrace the lives they were meant to lead.