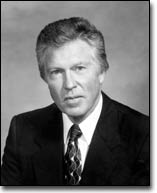 Mr. Myers is a retired partner of a Boston Law Firm.  He worked for over thirty years in the area of contract counseling and dispute resolution, with particular emphasis on government and construction contracts. He has represented parties on all sides of government, commercial, and construction contracts, and been involved in cases before various United States Courts of Appeals and District Courts, the United States Court of Federal Claims, numerous Federal Government Boards of Contract Appeals.