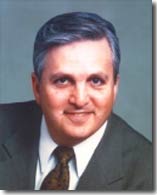 Mr. Lowe has been extremely active in the Associated General Contractors of America (“AGC”). As chair of the AGC’s BIM Forum’s Legal Subforum, he led a national effort to create a BIM Addendum, the first contract form in the world specifically applicable to projects using Building Information Modeling. Also, he served as the vice-chair of the AGC’s Contract Documents Committee, a leader in the promulgation of the ConsensusDOCS family of documents that now rivals the AIA form documents.

Long active in the American Bar Association, Mr. Lowe has served as co-chair of the ABA’s Construction Litigation Committee, the second largest committee in the ABA Section of Litigation. He also has served as a member of the Steering Committee for Division 3 (Design) of the ABA Forum on the Construction Industry. He was a co-chair of the ABA Construction Forum’s Fall 2008 Program on the ConsensusDOCS, held in Chicago on September 11 and 12, 2008. Further, he was an editor of “The Construction Contracts Book: How to Find Common Ground in Negotiating Design and Construction Contract Clauses,” 2004, an ABA book stemming from a paper he wrote. In addition, he is a member of the Society of Construction Law, the largest group of construction lawyers in the United Kingdom. He has lectured and written on a variety of construction law topics, both across the United States and in Great Britain. Mr. Lowe has repeatedly been named as a “Super Lawyer” in construction in Philadelphia. Mr. Lowe also serves as an arbitrator for the American Arbitration Association.

Admitted to practice in Pennsylvania and New York, Mr. Lowe is a 1982 graduate of New York University School of Law, where he graduated with honors, and a graduate of Yale University. He is Mayor of the Borough of Swarthmore (2010-2014) and has served as Borough Solicitor for Swarthmore as well.