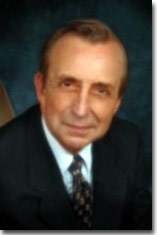 Harvey Charles Koch, Jr., a native of Hammond La. and a resident of New Orleans for 80 years, was born on August 15, 1934, and died peacefully on July 13, 2020, from cancer at age 85. He was the husband of Lynne Hall Koch for 56 years and the father of Allison H. Brook, Caroline Shanti, and Melanie W. Holmes (Andrew). He was the grandfather of Kai A. Brook, Sarah Holmes and Marina Holmes. He was the son of the late Harvey Charles Koch, Sr. and Nellie Williams Koch Stem, and brother of the late Jack E. Koch and Robert J. Koch. Harvey attended New Orleans Academy, Metairie Park Country Day School, and graduated from Culver Military Academy, in Culver, Indiana, where he was a member of the Black Horse Troop. He attended the University of the South and received a BA from Tulane University, a JD from Tulane Law School, and an Honorary Doctor of Laws Degree from Northwood University. Throughout all his school years, he studied voice and participated in many musical productions, choirs and operas. While in Tampa, Florida, he sang the lead role in their civic opera production of The Tales of Hoffman. Love of singing was a constant in all of his life. After school, he served as a Captain in the United States Air Force Judge Advocate at McDill Air Force Base in Tampa, Florida and at San Vito de Normanni Air Station in Brindisi, Italy. He returned to New Orleans to start his law practice that spanned more than 50 years. He began at Beard, Blue, Schmitt & Treen, then formed his own firm of Koch & Rouse, and finished his career associated with Montgomery Barnett. Harvey loved the law and his work as a lawyer and was very active in the legal field. He authored over 50 publications on construction and commercial litigation and was admitted to practice before the U.S. Supreme Court, U.S. Court of Appeals 5th circuit and 11th circuit, U.S. Courts of Federal Claims, International Trade and Tax. He chaired the Fidelity and Surety Committee of the American Bar Association, and was a lifetime Fellow of both the American Bar Association and the Louisiana Bar Association. He was a member of the American College of Construction Lawyers, American Law Institute, National Bond Claims Institute, Surety Claims Institute, Forum on the Construction Industry and the International Bar Association. He received the Martin Andrew Award for Lifetime Achievement from the Fidelity and Surety Committee of the ABA and was also a founding member of The Federalist Society. He was frequently listed in publications such as Best Lawyers in America, Who’s Who in Construction Law, and Louisiana Super Lawyers. Harvey’s civic activities included serving as President of the World Trade Center of New Orleans, board of directors of the World War II Museum, which awarded him for outstanding service, and he chaired the Louisiana International Trade Commission and Louisiana Export Council. He served on the vestry of Trinity Episcopal Church. Of all his interests and activities, his greatest love was spending time with his family, introducing his girls to horseback riding, sailing, snow skiing at Taos, New Mexico, water skiing, and German Shepherd dogs, while telling his famous puns. He also enjoyed golf at the New Orleans Country Club and lunching with friends and colleagues at the Pickwick Club. A proud moment for Harvey was induction into the University of the South Sewanee Athletic Hall of Fame as a member of their undefeated track team. The family thanks St. Joseph Hospice for their excellent work and Floriska McKinnis for her loving care to us all. Due to Covid 19, a memorial service will be held at a later date. To view and sign the guest book, please visit www.lakelawnmetairie.com.
To Plant Memorial Trees in memory, please visit our Sympathy Store.
Published in The Times-Picayune from Jul. 18 to Jul. 22, 2020.