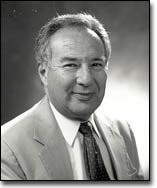 For nearly 20 years, Les was the Chief Counsel of the United States Army Corps of Engineers and Senior Policy Advisor to the Chief of Engineers in Washington, D.C.  This involved responsibility for managing more than 400 lawyers worldwide.

His emphasis as Chief Counsel was on preventive law and on finding better ways to prevent and resolve disputes. Recognizing that litigation often imposes an unacceptable price on the Government and on society, he focused his energies and those of the Corps of Engineers toward becoming part of the solution to this problem by pioneering in the use of alternative dispute resolution (ADR) and partnering (dispute avoidance) techniques instead of costly litigation.  Les continues to apply and foster this mindset in issues brought to Dawson & Associates.

Prior to overseeing the Corps of Engineers legal team, Les spent 11 years as Counsel to the U.S. House of Representatives Committee on Public Works and Transportation (now Transportation and Infrastructure) where he played a key role in the creation and enactment of major legislation including:

For a current bio as Senior Counsel/Senior Advocate with Dawson & Associates seehttp://www.dawsonassociates.com/edelman-les/

Les Edelman is the Senior Counsel & Senior Advocate for Dawson & Associates, the nation’s premier firm for resolving complex challenges involving Federal water resources, military construction and environmental regulatory policy and procedures. His expertise and the firm’s core business is focused on assisting clients with Federal agency decisions and Congressional actions involving these programs. Major services cover the policies and procedures of the Army Corps of Engineers, the Environmental Protection Agency, the Department of the Interior, the Department of Transportation, the Department of Defense and related actions of other agencies.