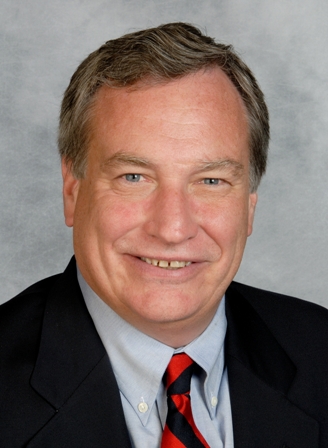 Kevin T. Colby, 66, of Allentown, passed away unexpectedly on Thursday, September 23, 2021. Son of the late Christine Mary and William Lawrence Colby, he is survived by his wife of 16 years, Rhonda Borlaza-Colby; his sister, MaryBeth Colby of Bronxville, NY; his nephew, Kyle Colby, Harriman, NY; and his in-laws: Roseann and Robert Sampson, Middletown, NJ; Rachelle and Joseph Quigley, and their daughters, Nia and Ava, Marlboro, NJ; Braulio Borlaza, III, Manalapan, NJ; and Victor Borlaza and Oksana Holovko, Warren, NJ, as well as many cousins, extended family, friends, co-workers, and colleagues around the globe.

Kevin was originally a New York “city boy” who was born in Greenwich Village and grew up in the Bronx and Yonkers. In the Bronx, Kevin was probably the only kid raised as a Mets fan and not a Yankees fan. As an adult, Kevin worked in Manhattan and resided in Bronxville and Chappaqua, NY. He relocated to the Upper Freehold-Allentown area in 2002 after the “city boy” fell in love with an 1850’s gentleman’s farm and its bright orange Kubota tractor. When he married his “Jersey Girl” Rhonda in 2005, it was only natural that they celebrate their wedding reception in the place that he loved most, his farm.

Kevin attended Archbishop Stephanic High School, White Plains, NY and earned a Bachelor of Arts degree from St. Joseph’s University, Philadelphia, PA in 1977 which he attended on a full track and field scholarship. A fiercely competitive athlete, Kevin came close to reaching his personal goal of running a sub four-minute mile. He often joked that he was “…once fast and thin, 40-years and 40-pounds ago.” The highlight of his racing career was running against the Irish legend Eamonn Coghlan.

Kevin continued his education at the Pace University School of Law, White Plains, NY where he received a prestigious internship under the direction of Professor Blaine Sloan, the former head of the legal department at the United Nations. At the time, Kevin was not aware that this experience and exposure to international law would have a profound effect on him both personally and professionally. He went on to earn his Juris Doctor degree in 1980 and received the International Law Award upon graduation.

Kevin’s legal career started in 1981 at the Bronx District Attorney’s Office in New York. In the Homicide Bureau, Kevin tried approximately 30 to 35 cases and lost only three. As the grandson of two Irish police lieutenants, with uncles, cousins, and a sister who were all in law enforcement, Kevin was honored to serve as a homicide prosecutor.

In 1988, Kevin joined Ebasco Services Incorporated headquartered at the World Trade Center, a legacy company of today’s United Engineers & Constructors, Inc., where he was a vital part of its leadership team and served as its Senior Vice President and General Counsel. Moreso, he led negotiations for many notable and strategically important contracts domestically and internationally. His international experience encompassed projects in more than 30 countries throughout the Middle East, Asia and Europe. In 2012, he was inducted as a fellow into the esteemed American College of Construction Lawyers which he considered to be the pinnacle of his legal career.

Throughout his life, Kevin was also known for generously sharing his personal time in many ways. He lectured at numerous legal and construction conferences. He enjoyed mentoring legal professionals in contracts law. He volunteered as a judge at Pace University School of Law for international court competitions. Additionally, he also coached the Archbishop Stephanic High School Boys Track Team for a few seasons and proudly lead them to a championship. Kevin’s most rewarding activity was when he volunteered as a camp counselor for three summers at Happiness Is Camping, an overnight camp for children with cancer and their siblings, where he was affectionally called “Pop” Colby.

Kevin was a man with diverse interests. He was a witty conversationalist and an avid reader, devouring several books and magazines per month. He was a connoisseur of exquisite food and fine wine. Whether it was a simple hamburger made on his backyard grill or a gourmet meal in a five-star restaurant, he was a definite foodie who enjoyed preparing a home-cooked meal as much as eating one. He grew a variety of vegetables so that he could cook the freshest farm-to-fork meals at home for his family and friends. Kevin was equally passionate when it came to baseball, football, and basketball. He transformed into a sports fanatic when engrossed in an exciting game. He was a long-suffering Mets, Jets and Knicks fan and believed that his beloved New York teams would rally once more to a great championship season.

Kevin cherished the great outdoors, especially life on his rustic farm where he enjoyed taking walks and riding his tractor. When outside, he was always in the company of his three beloved dogs: Rory, Madigan, and Duffy.

Kevin was noted for his larger-than-life personality, distinct Bronx accent, and when gathered with friends and family, holding court as the resident bon vivant. A humble man by nature, he did not brag about his many accomplishments. Instead, he will be remembered for achieving life’s greatest honor: he was loved by many.

A viewing for Kevin will be held Sunday, October 3rd from 1:00 pm to 5:00 pm at the Peppler Funeral Home, 114 S. Main Street, Allentown, NJ. A Mass of Christian Burial will be celebrated 11:00 am, Monday, October 4th at St. John the Baptist, Roman Catholic Church, 1282 Yardville-Allentown Road, Allentown, NJ. Cremation will be private.

In lieu of flowers, memorial contributions may be made in Kevin’s name to Happiness Is Camping, Wounded Warrior Project, Tunnel to Towers Foundation, or the charity of your choice.