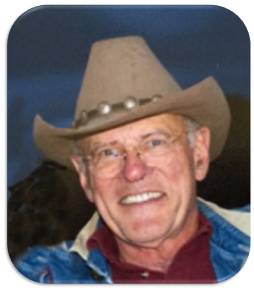 John Bales Clark, August 2, 1936 – June 4, 2019, passed away peacefully at his ranch in Old Snowmass, Colorado, with his family at his side. John practiced law for many years, holding State Bar licenses in New York, California and Colorado. He owned several Aspen area businesses, served terms as Chairman of the Snowmass Capitol Creek Caucus and Chairman of the Board of Trustees of the Colorado Rocky Mountain School. John was loved by many and admired for his intelligence, wit, humor and honesty. For those who loved him, he was larger than life and will be dearly missed.

John was born in Great Bend, Kansas, August 2, 1936 to Ruth and Dwight Clark. John moved with his parents and older brother, Dwight, to Fort Collins, Colorado in 1945. John’s father opened a bookstore and his mother became involved in local politics, eventually serving as one of the first female representatives in the Colorado State Legislature from 1955-1966.

In 1954, John followed his older brother Dwight to Stanford University, where he also played football and rugby. He became a member of the Delta Tau Delta Fraternity and earned a degree in Engineering in 1958. John received an academic scholarship to Stanford Law School. He served as an editor of the Stanford Law Review and earned his law degree in 1961.

In 1961, John joined the firm of Sullivan and Cromwell in New York City and began what would become a successful and expansive international career as an attorney, mediator and arbitrator, specializing in disputes arising from construction projects. John was named one of Southern California’s Super Lawyers and included in the listing of “Best Lawyers in America” in the specialty of construction law. He was described as an ‘icon of construction litigation’ and ‘a gentleman who wins cases’. He was most proud of his pro bono work in support of the California Mountain Lion Foundation, the Sierra Club and the EPA’s Clean Water Act.

John married his high school sweetheart, Susanne Vordenberg in 1964 and together they raised six children.

A Celebration of Life is planned for July at his ranch in Old Snowmass. Donations can be made in John’s memory to the Colorado Rocky Mountain School and Home Care and Hospice of the Valley.

Dear Susanne:  On June 20, I sent an email to the ACCL List Serve, advising the Fellows of John’s passing.  Throughout the day, Fellows from across the country responded with varying degrees of explication of their respect and fondness for John.  This document is a compilation of those remarks, in the order they were received, beginning with my note.

All: It is with mixed feelings that I report the passing of my former partner, mentor and Fellow, John Clark, at his home in Old Snowmass, Colorado on June 4th.  John had been suffering from bone cancer which had metastasized by the time it was discovered, and progressed very rapidly from there.  Thankfully, his passing was gentle, and in the company of his family.  I’ve attached his obituary.

For those who didn’t know John well, he had a wonderful combination of intellect, curiosity, sense of humor, street smarts, integrity, wit and little apparent ego.  He had a wry smile that hinted at the prankster that he was – he loved a good laugh, even when at his own expense.  He was simultaneously a Stanford Law Review editor and fierce rugby player, and took up polo at an age when most of us are taking up rocking chairs.

As the obituary notes, he was known as a gentleman who could win trials.  And win trials he did, often against amazing odds for clients whose record keeping was, at times, almost non-existent.  He could dress down an adversary before the tribunal in such a way that only the adversary failed to realize that John wasn’t complimenting his argument.  And, to the great benefit of Rob Thum, John Ralls, Eileen Diepenbrock, and me, he was great fun to work with, as well as a great writer, tactician, and teacher who was always ready to give his underlings opportunities to learn and grow.

I suppose one tribute to John is the fact that I can’t think of him without smiling.

He will be missed.

I am very sorry to hear of this, John. He was a fine colleague, a wonderful raconteur, and a font of knowledge not only on construction but on federal contracts in general. I shall miss him.

That was beautiful!  I always enjoyed my conversations with him, dating back to a Pettit & Martin retreat at Silverado. We are talking the early 80’s. He will be missed.

John – I don’t hit “reply all” but I know you will get tons of those. I knew John from when he first joined Miller Groezinger in the early 70s. It was immediately apparent that he was an amazing trial lawyer and, more importantly, a great guy. He mentored me even though we were in different parts of the litigation department (yes I wasn’t a construction lawyer then and he was).  It was good to catch up with him at College meetings to hear where he was living, what risky sport he was engaged in and what cases he was trying. Very sorry to hear this news.

Sad news indeed. It was my privilege to work with John on a mega construction dispute that was tried for 5 weeks and later to serve on an arbitration panel with him. A tremendous advocate and gentleman he certainly was.

Sad news indeed.  Another fine lawyer who will be fondly remembered.

John, thanks for this sad message. John was a good person which says it all.

Sad news. He was outstanding in so many ways.

For being the bearer of sad news, you did a masterful job of capturing the “complete” lawyer and person John Clark was. I contacted him to discuss potential new twists of facts and enjoyed his candor about whether he was qualified to opine on something. I never accepted his declining to opine and usually got a good lead. I will always remember him with the respect I had for him in life.

Thank you for sharing this, and what a wonderful tribute, John.  You have brought back many fond memories and much gratitude for the time I got to spend with him.  My thoughts and prayers go to you and his family.

John had a place on Kauai, so periodically would talk story about the AOAO and , from time to time, he would also discuss other matters of mutual interest, no matter where he happened to be- always there, always pleasant and clued in at the same time– GRACIOUS comes to mind as well. Though I rarely met him in person we developed a mutual communication bond via phone over the years. I would have enjoyed more face to face time, but appreciated the time that I was given to work with and get to know him.

This is sad news indeed as we have lost one of the pillars of our construction law bar. I admired John for both his legal ability and amiable good nature which always made him a pleasure to be around. He will be missed.

I did not have the good fortune of knowing or working with John Clark, but always heard good things.  Thank you for giving me, with your message, a bit of insight into your remarkable colleague and friend. Please accept my heartfelt sympathy for your loss.

John: I hear you, very sad news. John Clark was a great guy who will truly be missed. His contributions to the practice of construction law and his willingness to share his knowledge with others speaks volumes. Please give Susanne my condolences and we should all remember and toast his friendship and service to the practice when we gather again at our Annual Meeting.